Dr Teh has extensive experience with all aspects of  hand injuries having worked for more than two decades treating such injuries on a regular basis in the public sector. He was also part of the renowned Handoc service for more than a decade.

Dr Teh treats both bony and soft tissue injuries including mutilated hand trauma and necrotising infections of the hand. He has been involved with multidigit microvascular replantations as well complex reconstructions of the hand. 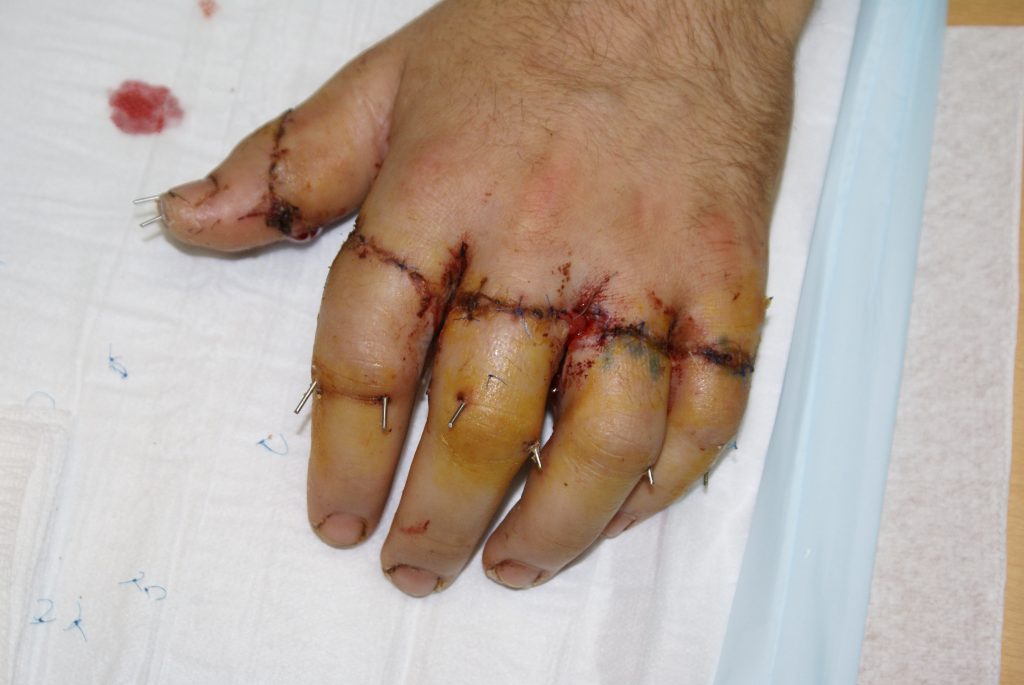 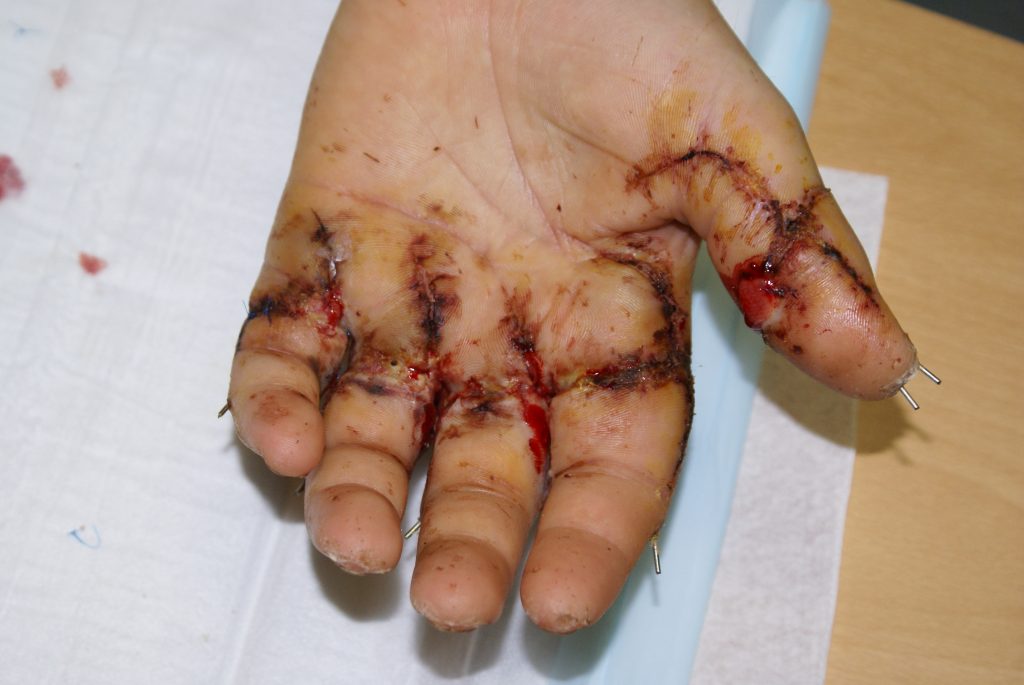 After more than 30 hours of surgery, all 5 fingers were successfully replanted by Dr Teh.

Compression of the median nerve in the wrist is a common cause of radial (thumb) sided hand pain. It affects 5% of the general population and is more common with increasing age and in women.  Forceful hand exertion was the most important factor in the development of CTS in workers. Additional risk factors include family history and a personal history of diabetes mellitus, obesity, hypothyroidism, pregnancy, and rheumatoid arthritis.

Conservative treatment may be offered initially to patients with mild to moderate carpal tunnel syndrome. Options include splinting, corticosteroids, hand therapy, ultrasound, and yoga. Nonsteroidal anti-inflammatory drugs, diuretics, and vitamin B6 are no more effective than placebo. Local corticosteroid injection can provide relief for more than one month and delay the need for surgery. Patients with severe carpal tunnel syndrome or whose symptoms have not improved after four to six months of conservative therapy should be offered surgical decompression. Prolonged and severe disease may lead to irreversible nerve damage. Endoscopic and open techniques are equally effective, but patients return to work an average of one week earlier with endoscopic repair.

Although Dr Teh is trained in both modalities, he prefers to use the open approach.

Dupuytren’s disease is a progressive condition that causes the fibrous tissue of the palm to shorten and thicken. In severe cases, it can also affect the feet(Ledderhose Disease) and the penis (Peyronies Disease). The disease is common in men older than 40 years; in persons of Northern European descent; and in persons who smoke, use alcohol, or have diabetes.  The ring finger is most often involved, followed by the little, middle, index and more rarely, the thumb.

The disease often begins with small, pitted nodules on the palm, which slowly progresses to form thick cords which then shorten causing contracture of the fingers. The disease initially can be managed with observation and non-surgical therapy. It will regress without treatment in approximately 10 percent of patients.

Traditionally, surgical referral was recommended when metacarpophalangeal joint contracture reached 30 degrees or when proximal interphalangeal joint contracture occurred at any degree. Timing of surgical intervention varies, but surgery is usually performed when the metacarpophalangeal joint contracture exceeds 40 degrees or when the proximal interphalangeal joint contracture exceeds 20 degrees.  Prior to 2010, surgical intervention was the mainstay of treatment for Dupuytren disease despite a high rate of recurrence and complications.  In 2010, a collagenase synthesized from the bacterium Clostridium histolyticum (tradename = Xiaflex) was approved to treat Dupuytrens Disease. This is a minimally invasive procedure done in office where collagenase is injected locally into the cord, then the following day or two the pathologic cord is ruptured through passive extension. Over the years, this has become a first-line treatment for Dupuytren contractures in many centers around the world. Correction of the contracture is better in the MCP joint than the PIP joint. There is a recurrence rate of approximately 30% in 2 years.

Depending on your disease and your lifestyle needs, Dr Teh is able to advise you on the best treatment for your condition.